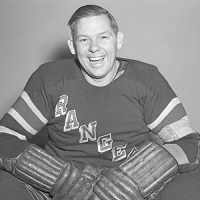 We love hockey... and everyone who loves it should be able to play

We asked you to share personal stories about Youth Sports in Georgina.

A Sutton, Ontario resident shared the following story with us. Though it may not be about Georgina sports in particular it's a very interesting read.

I grew up in Sundridge, a small village south of North Bay where, in the winter months hockey really was the only game in town. We played it on our frozen lake, in back yard rinks, on the road and in the arena.

Sundridge was small but a mighty hockey town. We were home to the Sundridge Beavers a Junior team that won six provincial championships between 1908 and 1964.

Sundridge has been home to several NHL Hockey greats including Bill and Keith McCreary, Bob and Ron Attwell, Greg Theberge, Greg DeVries and most notably Bucko McDonald who played for the Detroit Red Wings, Toronto Maple Leafs, and New York Rangers. He won three Stanley Cups in his career, in 1936 and 1937 with Detroit and in 1942 with Toronto. He was also an accomplished lacrosse player and was inducted into the Canadian Larosse Hall of Fame where there is a trophy named after him for the highest scoring player.

In 1945 Bucko became a Federal Member of Parliament for the riding of Parry Sound and after leaving politics, he was the head coach for the Rochester Americans. He coached Bobby Orr when Bobby was a kid and is responsible for moving the great Bobby Orr to defence.

Bucko founded the Sundridge Beavers and later coached them too.

As kids growing up in small town Ontario we took knowing Bucko for granted... to us he was this great big man who loved all us kids, who sponsored a writing competition at the fall fair every year and as someone who would stop his car in the middle of the street just to ask us how we were doing.

I played hockey on a girls team as a teenager in the 1970's and my daughter and son continue to play today.

Hockey has given my children and I all kinds of well spent time together on and off the ice. We have amazing memories, made some incredibly good friends and have developed a healthy attitude toward fitness and community.

We love hockey... and everyone who loves it should be able to play.