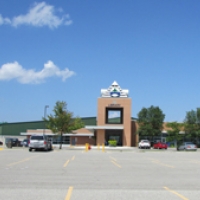 Share a story with us about Youth Sports in Georgina!

We asked if you had any stories about playing sports in Georgina and we got quite a few to share with you!

The first time my daughter stepped on the ice. She had joined Can-Skate at the Georgina lce Palace and had never been on skates. Her first time out, one of the assistants stayed with her the entire time and held her hand while she worked her way around. She looked so scared but still had this little smile and now, almost 4 years later (she\'s almost 10 now), the ice is her 2nd home, the Georgina Skate club is now family and skating is her life. My son had some interest and did Can-Skate for a year but nothing really interested him until he won a registration through a school contest to join the Lake Simcoe Minor Softball Association. Well he joined t-ball and had a blast that summer. He loved being on a team, being outside and of course getting a trophy at the end of the season.   T.B.

I remember watching my husband and our infant daughter in her first swim classes. I loved the way she would look at him with wide eyes. Such love. M.H

Our Daughter played for the Bantam Girls team, The Golden Hawks, I believe. We were at a tournament and they won, the exact day of both the Men's and Women's Team Canada. We drove up Yonge Street Aurora, her in her helmet, sweater and trophy. The streets were lined with cheering fans for team Canada. It was like they were all cheering for our Georgina Girls Hockey victory. Very exciting. A day she will not forget. W.W.

When my son was chosen with an additional award from his coach. The coach spoke very highly of my son and instead of giving him the usual MVP, MSP MDP or MIP he presented him a special trophy for all the value he felt my son had as an all around hockey player. He also felt that my son had a fabulous, positive personality. It was a very heart warming and proud moment.  S.S.

Meeting Conn Smythe at my grandfathers funeral. They served together in the war. I was around 14 at the time. He was in a wheelchair and gave me advice I will never forget, he said" If you are not happy doing what you're doing, change what you're doing to make you happy. Life is too short to not be happy." K.G.

Having the time of my life watching all my son's games at Georgina Ice Palace. S.G.

As a little kid, i loved the Jazz class, my parents put me in. Everybody do the conga. A.D.

My favorite memory is every year for my birthday January, my dad would take me to leaf game. Lanny McDonald was my favorite player. I kept after my dad to get a picture with Lanny McDonald. My dad and I waited around after a game, which seemed like hours for him to come out. I got my picture and to this day I still have it.  M.F.

Playing soft ball in Newmarket at the ray twinny complex and the maple leafs cam to practice with the santa. B.L.

I came to Canada from Johannesburg south africa - my 1st even hockey game LIVE were 2 tickets - Platinum seats - a gift from a Canuck-boss with a very generous heart and a staunch supporter of kids/young kids in sports - also introduced me to curling!! Definately someone who wanted to convince me rugby was NOT hard to TRADE! Taught me how to shoot a puck with a hockey-stick! K.T.

Watching Rick tocchet ( who played for the Flyers ) and I was a fan as back then keswick hockey was known as keswick flyers .. I had missed the team getting on the bus .. However tocchet saw me walking away had the bus driver honk the horn and he got off the bus came over and introduced himself and signed my ticket .. Back in the times players used to interact with fans and security wasn't like it is now .. B.H.

My son played baseball for the first time last year, during the course of the season, I got the opportunity to be a coach with his team. \r\n\r\nIt was incredibly satisfying to help out a bunch of great kids twice a week and see the joy on their faces when they made a great play. R.R.

All 3 of our kids have learned to skate at the Ice Palace. Two played hockey - first Jonathan then Sarah who still plays on Boys\' Midget House League. Katie figure-skated for awhile here too. Lots of memories of hockey games and Ice Shows! K.H.

The first end of season tournament my son played in ... the lighting was low with a spot light on the doorway.. they called his name and he skated in to stand for O Canada. He felt like he was in the NHL and in that moment there was no happier person around.  J.K.

Playing Baseball for a team sponsored by Mr Winch about 30 years ago! And meeting him at a team BBQ! R.M.

It's not a remember yet but I get to register my 2 grandsons this sat for baseball with gmba thanks to jump start we just got approved so excited and the boys are over the moon. Such a wonderful cause! S.O.

Do you have a story to share with us?

Submit your story before Fri, Feb 17 @ 5pm and we will give you a complimentary $10 Jumpstart for Kids Lottery ticket! All proceeds go to the Jumpstart For Kids program here in Georgina!